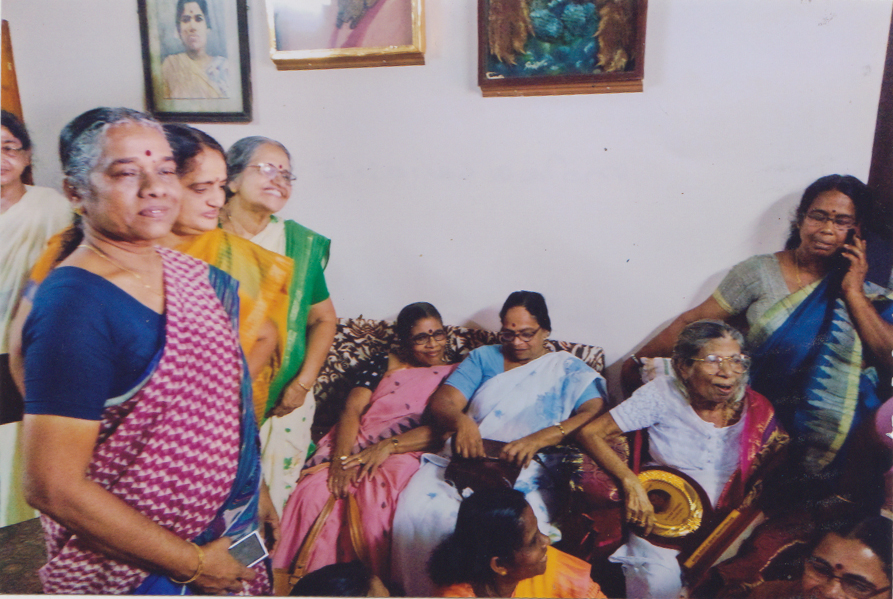 A day with Gouriamma.K. R. Gowri Amma (born 14 July 1919) is a major Indian politician hailing from Kerala. She heads the Janathipathiya Samrakshana Samithy (JSS), a political party based in Kerala, India. Prior to the formation of JSS she was a prominent figure in the communist movement in Kerala. She was the first female law student coming from the Ezhava community. She was a Minister in the communist-led Ministries in Kerala in 1957, 1967, 1980, and 1987. She also became a Minister in the Congress-led Cabinet from 2001 to 2006.Working Women's Association members visited Gouriamm on June 30,2018.