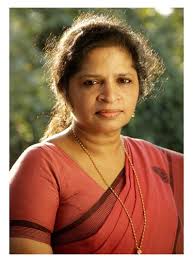 Sheeba Ameer, a Thrissur based social worker, is the founder of Solace- a 10 year old organization that provides financial, medical and psychological support for patients diagnosed with cancer and other threatening diseases. Her daughter Nilufar who died of cancer is the major spark behind this initiative. Nilufar was diagnosed with cancer in 1997. On the years that followed her daughter’s treatment, Sheeba has encountered several patients and their families who struggled hard to arrange the financial means for the treatment. It came as a realization for her that not everybody is as privileged as her to afford the costly medication. The empathy she had for the distressed later lead to the formation of Solace.

In 2007, Sheeba set up Solace with very minimal/limited resources and a small financial aid. But 10 years later, it has transformed into a fully fledged organization that provides assistance to more than 1000 children every month all over Kerala with 4 regional centers as well. She is one of a kind who believes that emotional support is as important as financial or other material aids. Hence she is all set to establish an after care institute for the affected. Also she runs a number of counseling and welfare centers across the state. The life of Sheeba can be a true inspiration to many women who aspire to do something for the society. She has also authored two books titled, ‘Nadannu Poyavar’ and ‘Aazhathil Pathinja Chitrangal’.

Sheeba has received various awards for her works in the field of social welfare. The Social Welfare Department of Kerala has awarded her the Vanitha Ratna Award in the category of social justice for the year 2016.