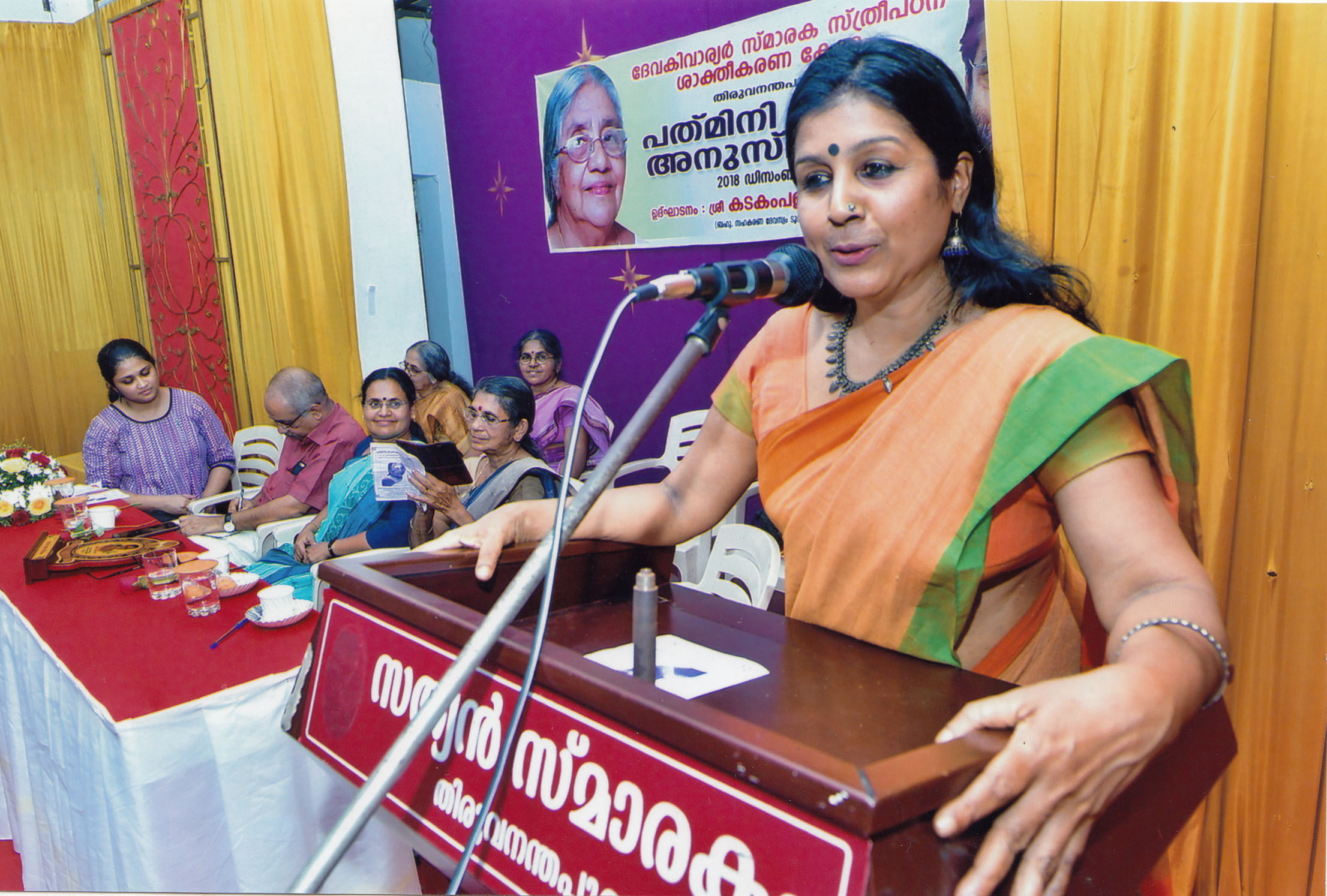 On 12th December 2018, a meeting was organized at Sathyan Smaraka Hall at Thiruvananthapruam in memory of smt Padmini Varkey who left us on 12th Dec 2015. There was a thickly packed audience in Sathyan Smarakam comprising of the friends and family members of Padmini Varkey in addition to the activists of Devaki Warrier Memorial and Kerala Working women’s Association. Her loving memory is the leading light of the organisation.

The meeting was inaugurated by MLA M.Pradeep Kumar also spoke on the occasion who shared the loving and sweet memories about Padmini Varkery.

The Padmini Varkey Smaraka Award for 2018   was given to UmaPreman. There was  a speech on' Kerala women And Renaissance values' by Thanooja Bhattathirippad gave rise to new thoughts and notions.The event was followed ‘Sangeetha Kacheri’ by Swaminathan,father of Abhilash(inmate of Sradha).This performance highlighted the session.