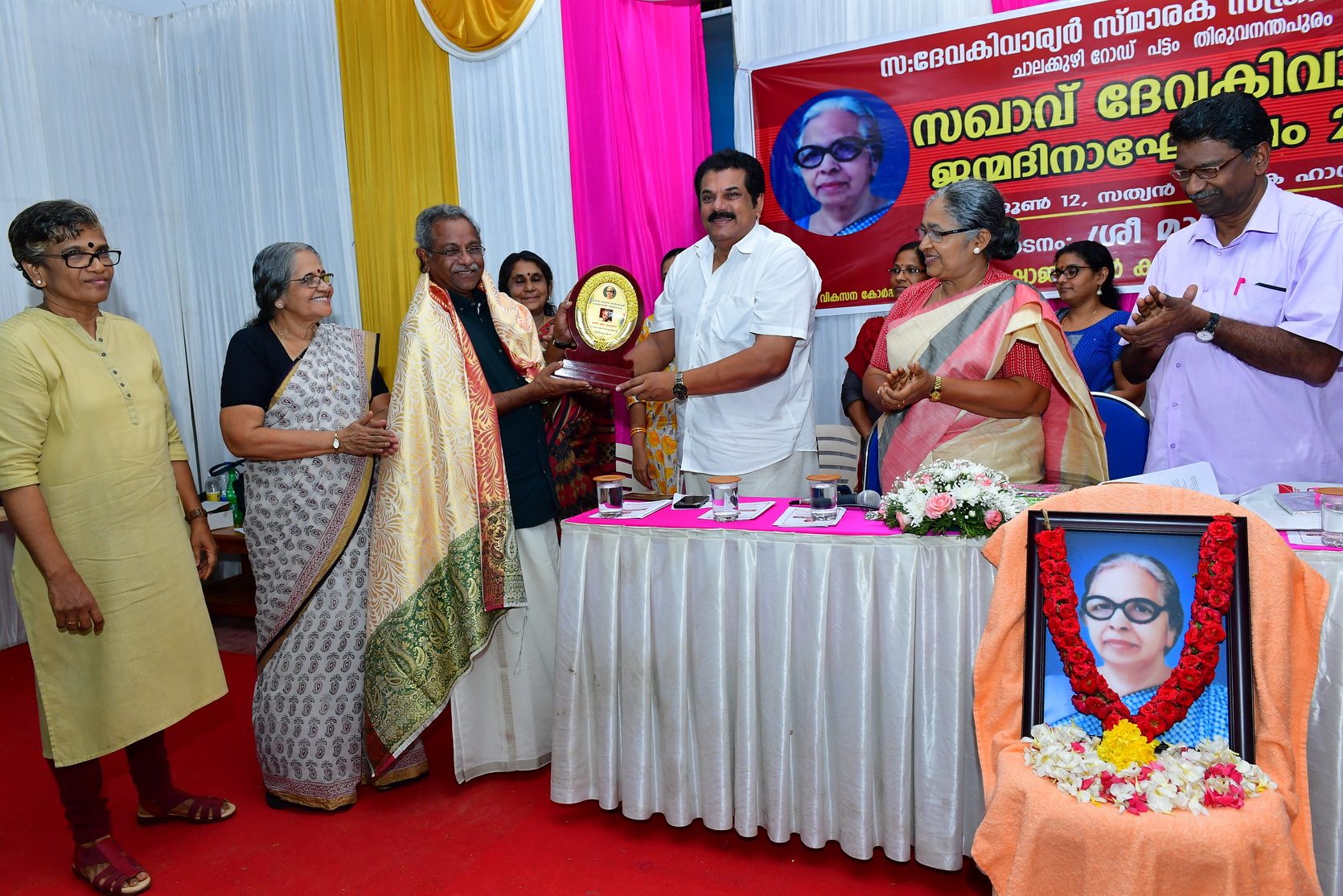 The freedom fighter and founder of Kerala Working Women's Association, Devaki Warrier's 96th birth anniversary was held an array of celebration. The organization started functioning in 2002 under the auspices of Kerala Working Women's Association, in memory of its founder president Devaki Warrier. Devaki Warrier was a veteran freedom fighter and a dedicated social worker till her last breath. She was a pioneer of women's emancipation. Inspired by her dedicated service to society and following her foot steps we started the center to help the needy and empower women through various philanthropic activities.
Since Devaki Warrier left us on 25th December 2001 due to cancer, trust has decided one of the main objectives of the Center should be to extend a helping hand to cancer patients. Every year on June 12th we celebrate the birth anniversary of Devaki warrier with colourful functions. Many celebrities from all walks of life bless the occasion witheir presence. MLA Mukesh inaugurated 96th birth anniversary of Devaki warrier 2019 with a very enlightening and informative speech and gave honour to Film Development Corporation chairman Shaji N. Karun, husband of Anasooya (daughter of Devaki Warrier) . As part of celebrations Devaki warrier memorial literary award is also distributed to the winner.Devaki Warrier Memorial Award 2019, goes to Sangeetha Chenampulli for the topic ' Kerala Renaissance and Women'. Cultural programmes by women make the function more attractive. Vanitha Sahidhi performed the drama 'Azadhi'.Soosan Kodi,Prof.P.Soman,G.K. Lalitha kumari ,T.Radhamani and Subhadramma deliverded their speech.